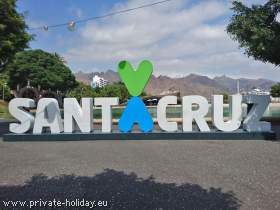 The capital city of Tenerife "Santa Cruz de Tenerife" is located in the northeast of the island. In carnival season it is full of people.

With around 205, 000 inhabitants Santa Cruz is the second strongest inhabited city of the Canaries. In the off-season of carnival it is more quiet in Santa Cruz than in other northern tourism destinations such as Puerto de la Cruz (about a 30 minutes car drive away).

Especially the colorful and shrilly time of carnival attracts many tourists to Santa Cruz. The famous Canary carnival changes Santa Cruz namely every year to a hotspot for high spirits. Besides detailed costumes, rhythms or the beautiful queens with head ornaments (like in Rio de Janeiro) also the mild temperatures induce to partys, which can last through the night.

Who books the vacation on Tenerife out of the carnival season will get to know Santa Cruz as a cultural city. No matter if in one of the regularly concerts and theatres in the former bullfight arena at the Rambla del General Franco or in an opera in the Auditirio de Tenerife. The architectural masterpiece of Santiago Calatrava, which is one of the symbols of Tenerife's capital city besides the church tower of the Iglesia de Nuestra Señora de la Concepción, also functions as a congress hall and offers 2000 visitors space in two saloons. Because of its similarity to the Sydney opera, it is also called opera house of Tenerife.

The beautiful church Iglesia de Nuestra Señora de la Concepción was rebuilded in the year 1653 on a ruin of an old chapel from the year 1502, after it was completely destroyed by a fire. Its tower served the locals of Santa Cruz as a guarding and viewing point. Due to the good view on the harbour Santa Cruz, the guardsmen could spot attacing enemies like looters and pirates from here very early, ring the bell and initiate security measures, which amongst others contributed to repel the numerous attacs of the English men against Santa Cruz.

Those who are planning a holiday n on the beautiful island Tenerife and are interested in the history of Santa Cruz, are advised, that in this lovely capital city of Tenerife there are many interesting museums, theatres and libraries, which are in every case worth a visit.

For children - especially boys - and also for interested grown ups a visit of the military museum, in which historical weapons and canons can be gazed at, is recommendable. Also the nature and ethnological museum should be interesting for young and old visitors and the museum of the beautiful arts offer besides great paintings and sculptures also the direct connection to the City Library Santa Cruz, in which there are about 100.000 books to read and to lend.

The theatre with the name Teatro Guimerá is known as a valued cultural contact point. It was named after the poet Ángel Guimerá, who was born in 1849 in Santa Cruz. Annualy well visited festivals with finest classical music are organised in the Teatro Guimerá.

Of course the capital city also offers long shopping promenades. Besides the most visited boulevard Calle Castillo also the Rambla del General Franco invites to spend money and for a cafe visit. 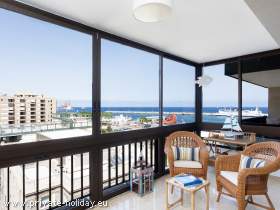 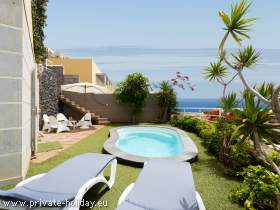 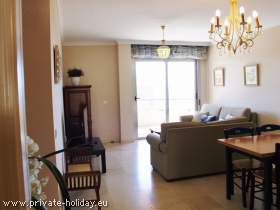