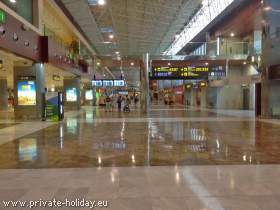 The international southern airport on the island Tenerife - "Aeropuerto de Tenerife Sur Reina Sofia" exists since 1978. Located in the municipal area of Ganadilla de Abona and with its distance of about 60 kilometres to the capital city Santa Cruz and 15 kilometres of the southernly located tourism centre Playa de Las Américas every important city of the island is reachable in a convinient distance from here.

Back then as well as today the airport is especially used for international flights and holiday transfer. There is always a lively ambience and round about 70 percent of the passenger transfer (ca. 9 million flight guests) is processed here. Therefore nearly every flight from middle and northern european countries lands at this airport.

Info: Originally the name of the airport "Aeropuerto de Tenerife Sur Reina Sofia" is based on the former reigning spanish queen Sofia, who inaugurated the airport. The international name in the IATA-Code is TFS and in the ICAO-Code it is GCTS. Only detached flights are offered at the northern airport, because nowadays it is almost only used for domestic traffic.

A very good motorway connection makes the southern airport also attractive for destinations in the north (like Santa Cruz or Puerto de la Cruz). After a good hour of driving (either with a transfer, public busses or with the rental car) you reach every northern place because of well developed and signed roads without a problem. 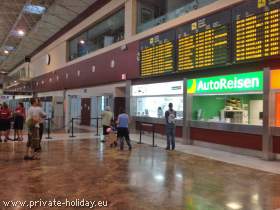 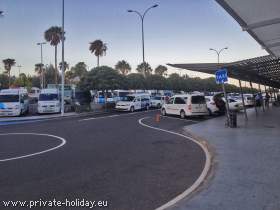 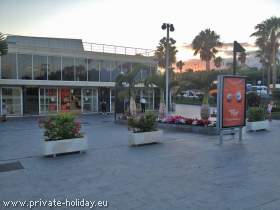