If you decide to spend your annual holiday on Gran Canaria, you might think of beautiful beaches, a carefree life in one of the luxury hotels or the exciting nightlife in Maspalomas. But even though these are the basic reasons most of the tourists come to visit the island, there is still a lot more to it than seaside resorts and promenades. Even more: With its variety of vegetation zones, which couldn’t be any more different from each other, Gran Canaria is often called a „mini continent“.

Because of its 14 different climate zones, the regions of the nearly circular island with a diameter of 45 km doesn’t just differ in temperature, but in flora and fauna as well. Around 3,7 million tourists visited Gran Canaria last year. That’s 490.000 people more than in 2015. The tourism branch on the Canaries is booming – is this the chance for Gran Canaria’s marvellous but disregarded nature to finally be seen?

The south – Beaches and milelong dunes

Until now, it has mostly been this way: If you’re keen to hike and explore the nature, go to La Palma or Tenerife. If you’re looking for relaxed beachdays and long party nights, go to Gran Canaria. Which is not completely false, as the pretty beaches and dunes are perfect to relax and sunbathe and in Maspalomas there are lots of clubs and bars for every taste in music. The beaches down in the south, like the Playa del Inglés or the Playa de las Meloneras, are popular throughout the whole year. Also the faro (lighthouse) of Maspalomas and the artificial botanical garden are worth seeing. The vegetation in general reminds of a desert. Only plants who can handle the extreme drought do thrive here, for example some species of the euphorb family. Also very appealing are the temperatures: The lowest temperature during the winter months is around 17 degrees. 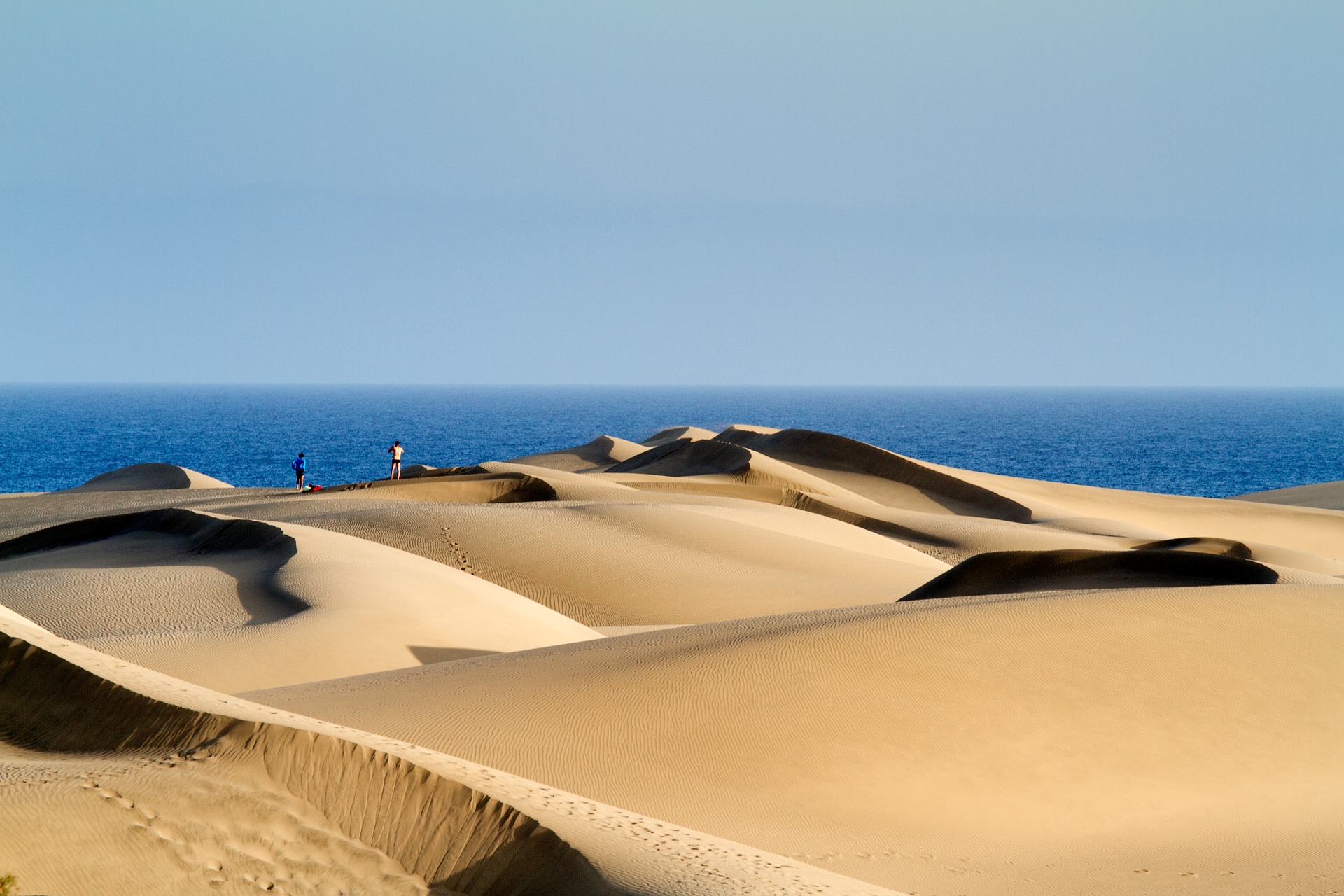 The beautiful shifting sand dunes of Maspalomas extend on a length of 6 km. Photo: Klaus Stebani

The heartland – Bumpy landscape and pinewoods

If you turn your back on the beaches and popular tourist destinations, you will discover a lot of places you would normally expect to find in a hiking paradise like La Palma or Tenerife. The Pilancones Nationalpark, situated in the north of Maspalomas, is one of the oldest regions on the island. The gorges here do play a very important role as they protect the ground and provide it with water. In the uplands you can find thick, odorant pinewoods. The integral nature reserve Inagua, also located in the Nationalpark, is home to some bird species in danger of extinction. The heartland of Gran Canaria also offers the highest mountains, like the Pico de las Nieves, the Roque Nublo and the Roque Bentaiga.

Gran Canaria’s west coast in fact is quite lonely. Rough rock formations and steep coasts engrave the natural scenery. Not many tourists get lost in this region of the island and it is very hard to reach with public transport. But with a rental car, it surely is worth a visit. The mountain road GC-200 from Mogán to Agaete will show you the beauty of this isolated area. Because of its serpentines around the beautiful mountain ranges, the drive takes a lot longer than it normally would for a distance like this. But you will be rewarded with some spectacular views: Every now and then, you can find a small parking lot next to the road, where you can get out of the car, enjoy the view and take pictures. Meadows extend in the north-west, where sheep and goats are grazing. Agriculture and stock farming still play an important role in Agaete, the biggest colony on the west coast. 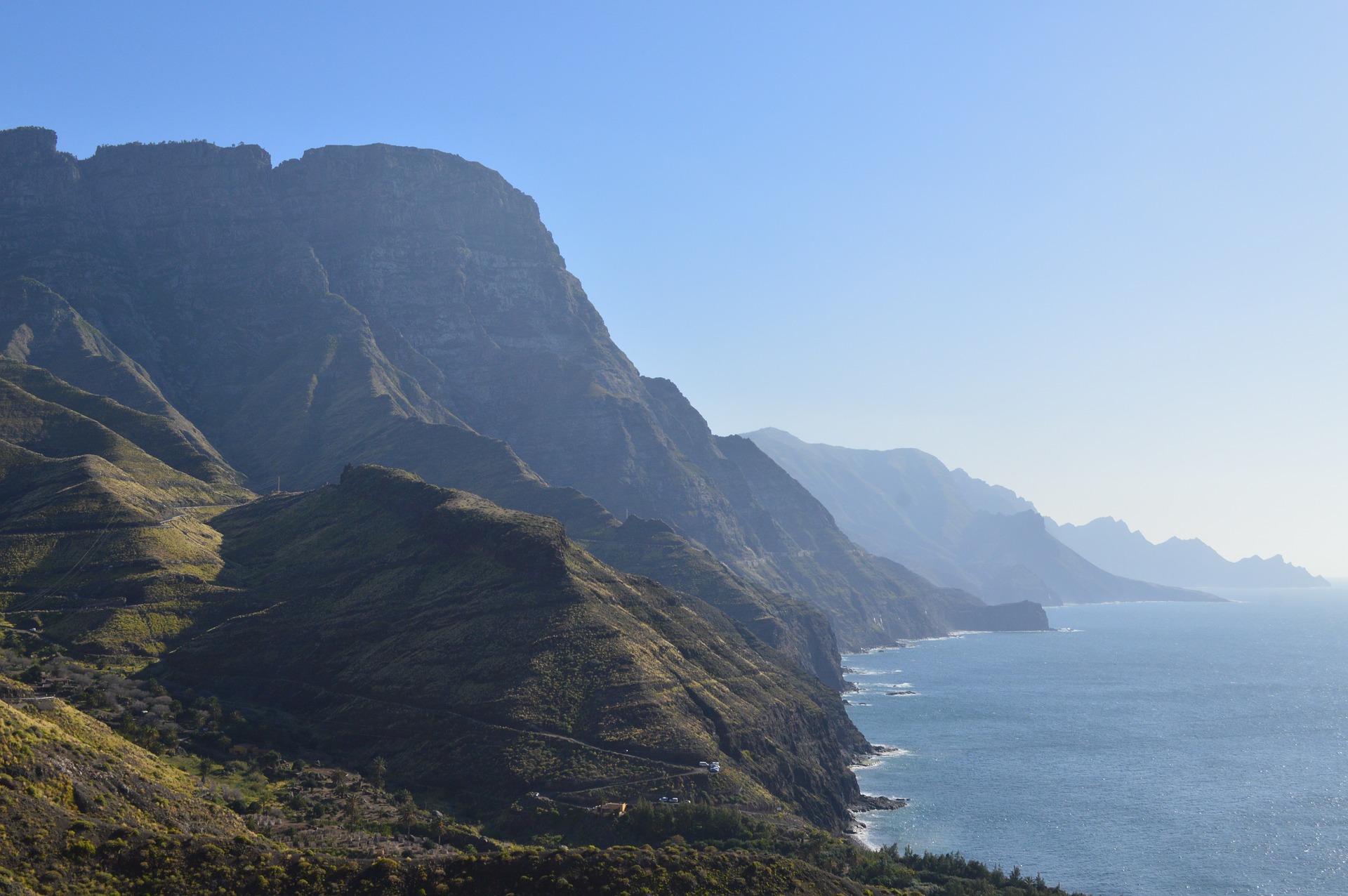 The northern part of the island is – as it is the case on many other canary islands as well – a lot more moist and green than the southern part. The vegetation is more abundant and variegated because of the frequent rainfall. Thick forest covers a great area of the region, mostly loral or briar. Sporadic there are even small chestnut groves. The pictorial loral forests are growing on the northern slopes, where the moist clouds often cling to the trees. That’s because of the cold trade winds. In this vegetation zone, you can find the most variegated flora and fauna. The most popular loral forest is „Los Tilos de Moya“. It’s the last relict of the subtropical rainforest which once covered Gran Canaria. The most important loral species are the odorant „Til“ and the „Bay“, whose leaves are used to flavor or aromatize meals.

Even though the east coast may seem a little scraggy at first sight, it still is very worth seeing. Especially for water sport fans. You can also either relax on lonely beaches or enjoy the long, black lava beaches. The Playa de Pozo Izquierdo is a popular venue for Windsurfers. The eastern region also is a lot more populated than the western region. Along the coast you can find a few pretty little fishing villages, like Castillo del Romaral or Arinaga. El Cabrón, a bay on the south-western coast, is one of the most famous diving hotspots in whole Europe. The sea reservation is highly protected. Among other things, it is home to cuttlefish, rays, barracudas and even small sharks. 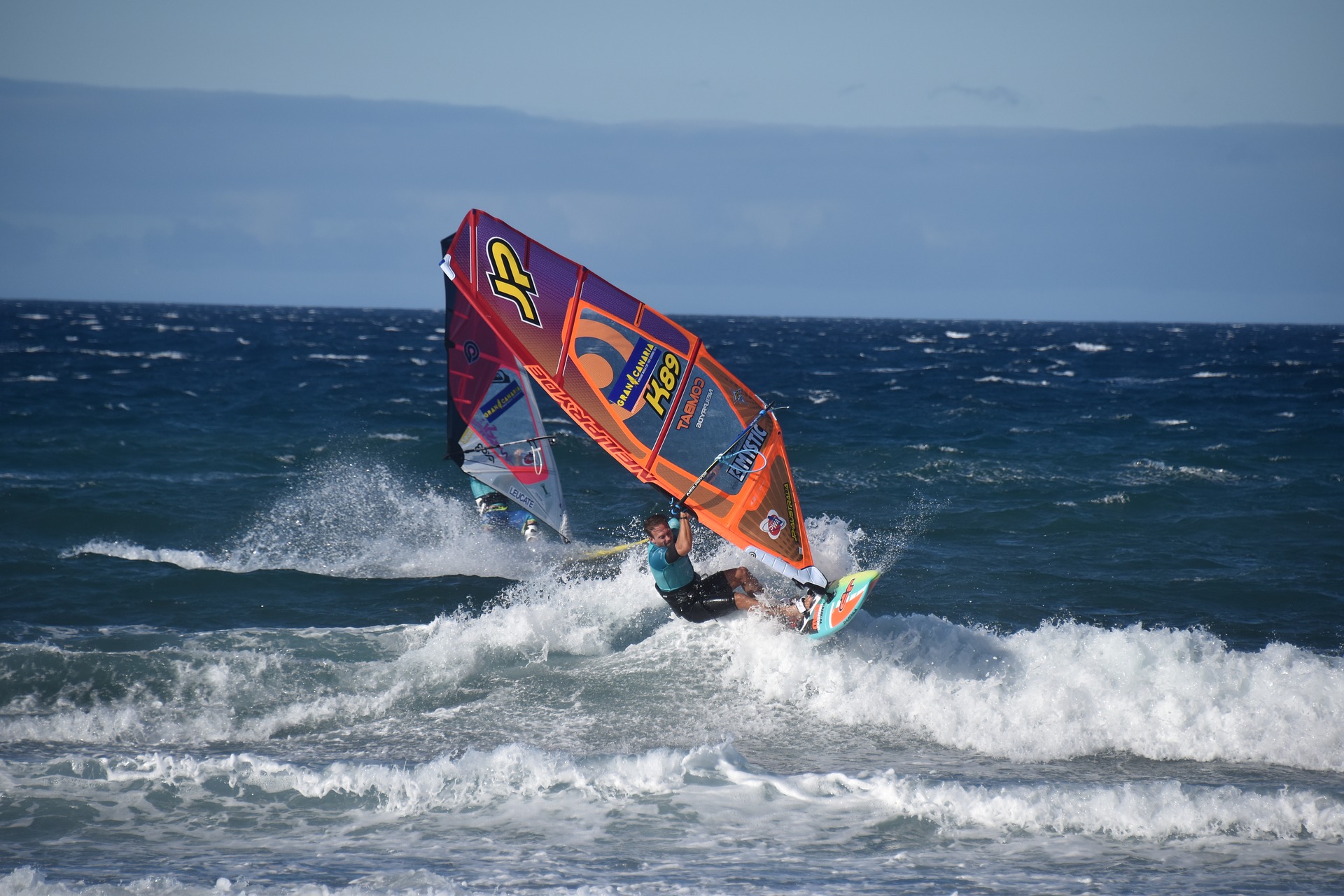 For surfers, the Playa de Pozo Izquierdo is one of the best spots on Gran Canaria. Photo: Marcela Canon