Like all habitants of the Canary Islands, the Tinerfeños celebrate different festivals throughout the year with a lot of enthusiasm. It is very rare that a month passes without a proper celebration of a traditional occasion.

Also as a holidaymaker, you can enjoy these celebrations, as it easily possible to integrate yourself into the festivals. Yet, you need a bit of endurance, as the atmosphere becomes usually the best around midnight. 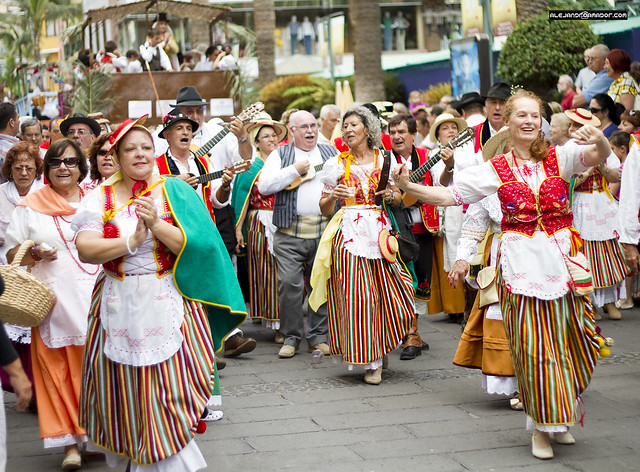 Celebrations During the Romeria.

In January, the celebrations already start with Epiphany. On the Canaries, it is common that the presents are not brought on Christmas Eve by the Christ Child or Santa Claus, but by Kaspar, Melchior and Balthasar, who once brought the presents to the baby Jesus. The most important thing during this reflective time of the year is to spend time with the family. 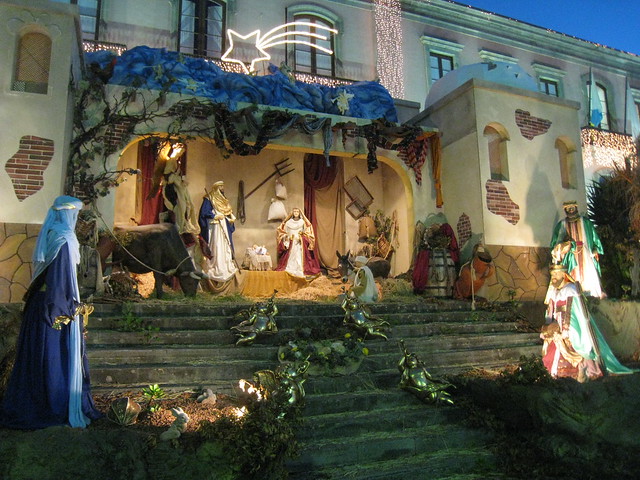 Christmas Crib on the Day of Epiphany.

Carnival on Tenerife – A Celebration with Exuberant Atmosphere

In contrast, the atmosphere in February is totally different. The world-famous carnival on Tenerife is really colourful and the second largest one after Rio de Janeiro. Over weeks, the atmosphere in the towns, villages, schools and public institutions is totally different than usually, as the people celebrating carnival are taking over everything. There are parades as well as gala events for children and adults. Moreover, there is the selection of the queens of the carnival with costumes that leave people breathless. Also, politicians are made fun of in an ironic yet critical way. But finally all the events end in a cheerful atmosphere  with music and people dancing until the early morning. 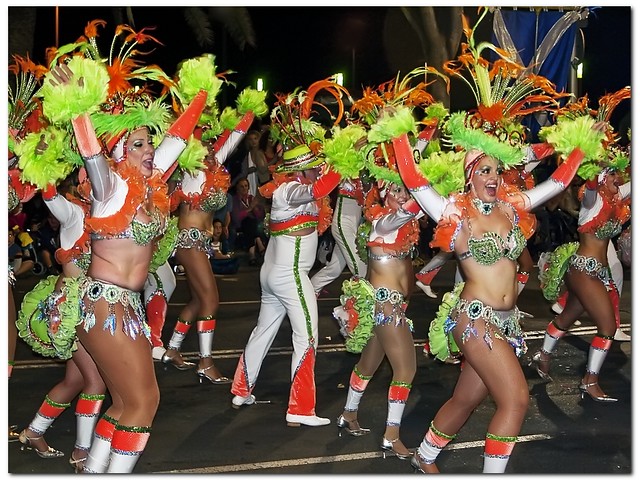 Joyful Atmosphere During the Carnival of Tenerife.

From Palm Sunday until Good Friday people celebrate one of the most important religious festivities of Tenerife, the „Semana Santa“. Usually, it takes place in March or April. During the Semana Santa, the crucifixion of Jesus and his resurrection are in the center of attention, which is also subject of the many processions and worships that take place. Seeing the big holy figures that the helpers carry with awe through the streets can really cause goosebumps. The processions are supposed to remember people of the life of Jesus. 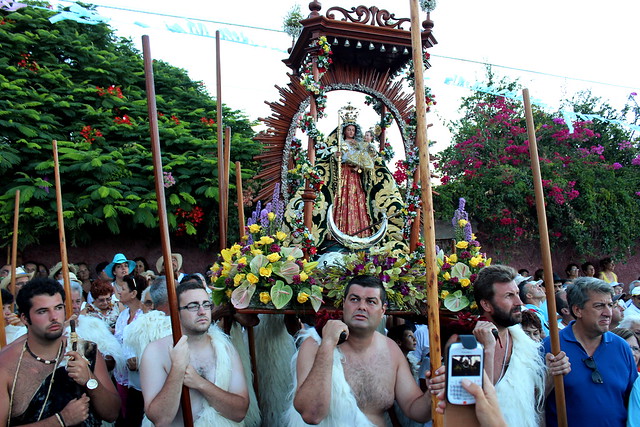 Processions During the Semana Santa.

In many towns of Tenerife, May is the time of the „Romerias“, a festivity of religious origin. People make a pilgrimage to the patron saint of the town, where the Romeria recently takes place. For this occasion, the natives wear their traditional robes and costumes. In many places, people journey with decorated wagons that are drawn by oxen. From the wagons, people hand out wine and local food (as for example bananas). On the whole island, the Romerias have become an attraction for holidaymakers.

Another important event ist the festival „Corpus Cristi“ that takes place in June. This is the time of the famous lava carpets. These are religious images that are made of the lava sand of the Teide Nationalpark. One of the most known lava carpets is the one in front of the town hall of La Orotava. During the festivities, the streets are decorated with colourful flower carpets that are really beautiful to look at. 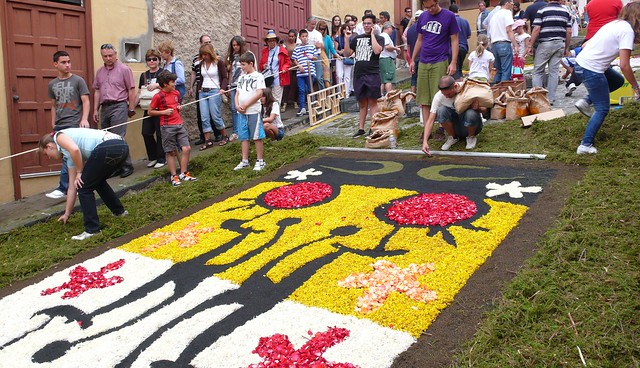 The summer solstice „San Juan“ at the end of June is a celebration of the shortest night of the year that takes place at many beaches. Numerous fireworks make the atmosphere really special. Furthermore, there are concerts in many places that create a great atmosphere as well.

Also during the rest of summer, there are several celebrations. For example, the 16.07. is an important day for Puerto de la Cruz and other port towns, as this is the day of the „Fiesta del Carmen“. Carmen, the patron saint of fishermen, is in the middle of attention during this day. She is asked for blessing and good fishing for the coming year, which is of course celebrated with a festival that lasts until the next day. 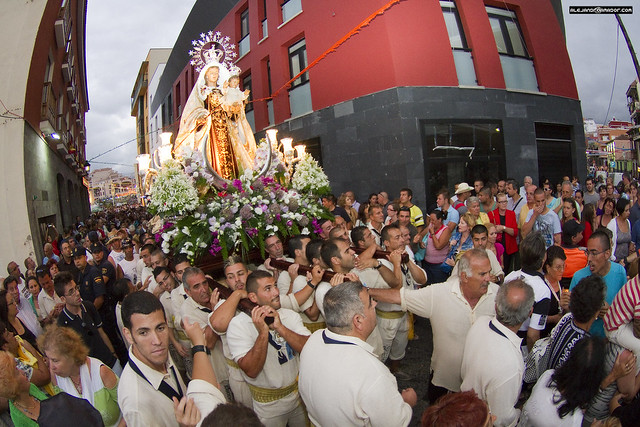 Celebrations on the Day of the Fiesta del Carmen.

In August, the place of pilgrimage Candelaria in the east of the island plays an important role. Candelaria is the place of deference for the patron saint of the same name of the Canary Islands. The black figure of the Madonna, also called „La Morenita“, stands in the basilica of the town. In August, she becomes the target of countless pilgrims, who ask for her blessing.

Autumn – A Time for Calmer Festivals

In autumn, celebrations become a bit calmer. The festival of the new wine, „San Andrés“, causes a lot of interest among natives and holidaymakers. During this festival, there is a lot of delicious wine to drink. In December, Christmas spirit is spread again. Thus, the circle of festivities on Tenerifa is complete again.