While Tenerife, Gran Canaria and Fuerteventura already have been enjoying great popularity from tourists for years, the mass tourism has not yet rached the smaller canary islands. But if you’re looking for lonely beauty and wild nature, you should probably check out the baby of the canarian family: El Hierro.

With round about 11.000 inhabitants and an area of only 270 square kilometers, the westernmost island simultaneously is the smallest. El Hierro only has a stake of 3,6 % in the total area of the canarian archipelago. But it still has a lot to offer. Tourists who want to experience the canarian nature aside the ordinary mass tourism, are on the right track with El Hierro. Only about 1.000 spare beds are available on the island. In comparison, Tenerife has about 160 times as many. You now might think that, according to this, Tenerife & Co. have more to offer. We’re going to prove you wrong with 5 good reasons why you should visit El Hierro.

Since 2000, the whole island is an UNESCO biosphere reserve. It means that in this region sustainable development is the focal point of interest and should be realized exemplarily. Like every other island, El Hierro has always been facing difficulties about their power supply. This always meant high costs for the inhabitants.

In 1997, El Hierro was the first canary island which started to deal with the sustainable use of their ecological resources. For example the public transport runs with hydrogen instead of gas, nearly half of the cars are electric, farmers are getting financial support from the government to make their farming more ecological and for the protection against overfishing they announced a huge marine reserve. Since the inauguration of the hydroelectric power station Gorona del Viento, El Hierro is the first island worldwide who supplies itself completely out of renewable energies. Impressive, right? 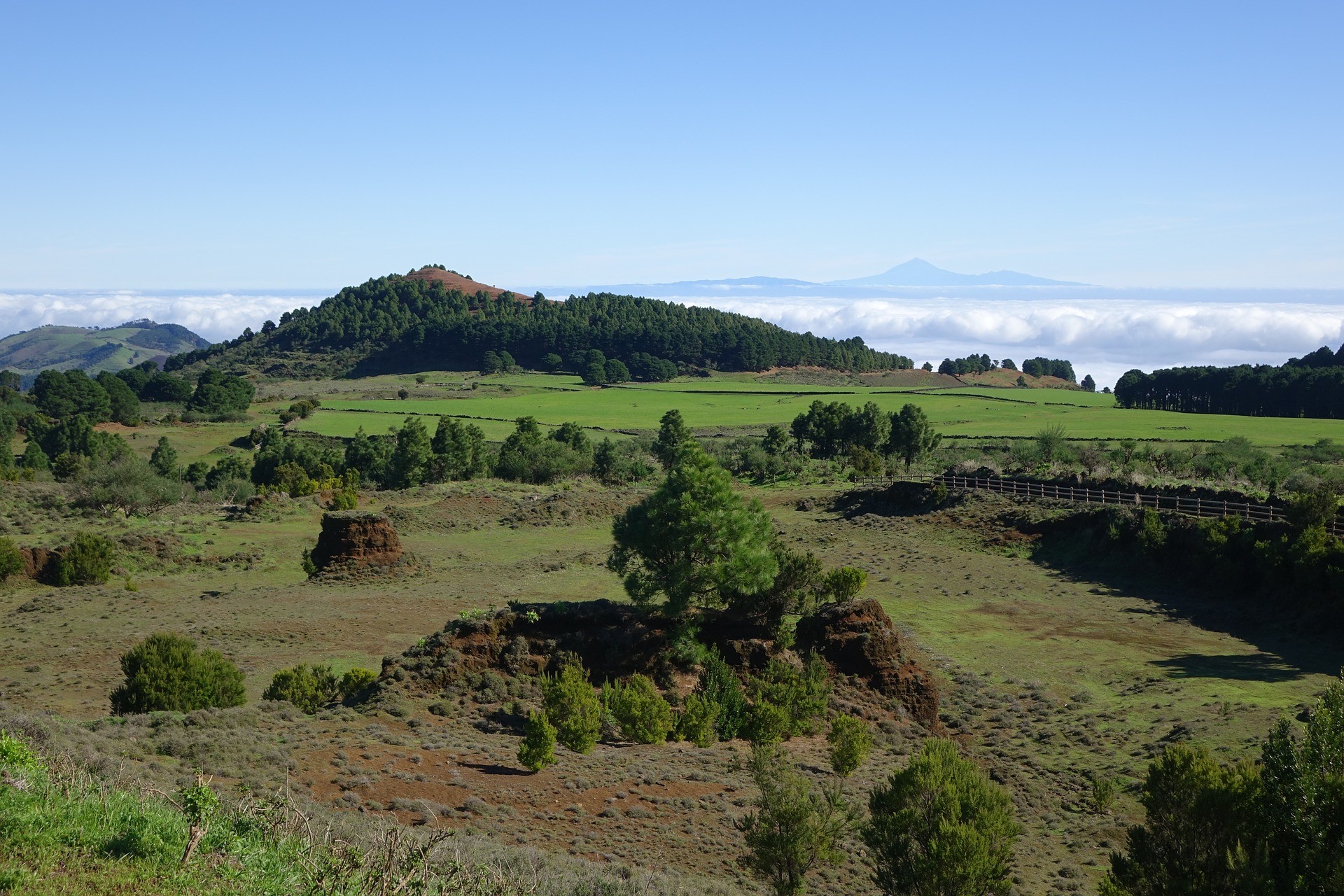 El Hierro is the first island which is able to sustain itself completely with renewable energy. Photo: Hana

When you decide to spend your holiday on El Hierro, you shouldn’t miss the chance to experience the stunning underwater world around the island. Out of over 40 diving spots you can chose the right one for you, as there are spots available for every level of difficulty. Especially in the south, near the fishing village La Restinga, you can find some marvellous spots. Because of their location in a protected area, you can find numbers of fishes and marine animals, like parrotfishes, spiny lobsters, barracudas or mantas. There is also the possibility to complete a diving training or courses. For amateurs, diving spots like El Rincon, El Puerto or La Herradure suit perfectly. Advanced divers can also dive in the southernmost spot of Spain called El Bajon, which is also one of the most beautiful ones.

Even though El Hierro might not score with milelong sandy beaches, there are also some beautiful bathing facilities, characterized by the volcanic origin of the island. The nearly 100 kilometer long shoreline is mostly dominated by steep coasts, but you can still find some pretty beaches, like Las Playas, the most popular one. It consists of gravel and provides a stunning view over the volcanos. The Playa El Verodal with its extraordinary, red-black sand is considered to be the most beautiful lavabeach of the canary islands. Unfortunately, because of the powerful breakwater, only advanced swimmers should bathe here. The Playa de Timijiraque near Puerto de la Estaca is easier to access and because of that rather suited for families and tourists. In the port you can also take a relaxing bath as the mole protects you from the breakwater.

In addition you should visit one of the pictorial natural pools, for example the Charco Azul on the west coast, which is located inside of a cave, which creates a very special ambience.

Ramblers will also get their money’s worth. Historical pilgrimage trails and narrow paths will lead you through the most variable landscapes: lava flows, fantastical forests or majestic ridges. There are also hiking routes suitable for every level. A great destination is El Hierro’s highest mountain, the Pico de Malpaso with a height of nearly 1.500 meters. The route leading there is called „Camino de la Virgen“ and is one of the most popular hiking routes on the island. Nevertheless, it’s not an easy one: If you follow the whole route, you will encounter major altitude differences from 900 meters on a distance from 27 kilometers, which will at least take 8 hours of hiking. The Camino de la Virgen leads over the significant mountain tops and reveals breathtaking panoramic views.

From the hiking path between El Pinar and Las Playas you will have a magnificent perspective over the steep, eastern coast. The circular track to Tacorón leads you through lava fields to the most important fishing port on the island in La Restinga. Very impressive is also the fertile Golfo Valley in the northwestern region. Here you may find various paths for hiking or mountain biking. To this day, the valley is mostly used for agriculture, but there are also beautiful orchards and vineyards.

In the end the most powerful advantage, which combines all of the prior arguments: The silence, the peace, the pure, original ambience. El Hierro is not the right destination for someone, who expects parties and entertainment like in Maspalomas or Las Américas. Or for someone, who wants to spend his days at the pool bar of a luxurious hotel. El Hierro wants to be discovered, to be experienced. Rent a cozy holiday flat and discover the beauty of loneliness. Rent a car and drive up the deserted mountain roads on the coastline. That’s what really defines a holiday on El Hierro.